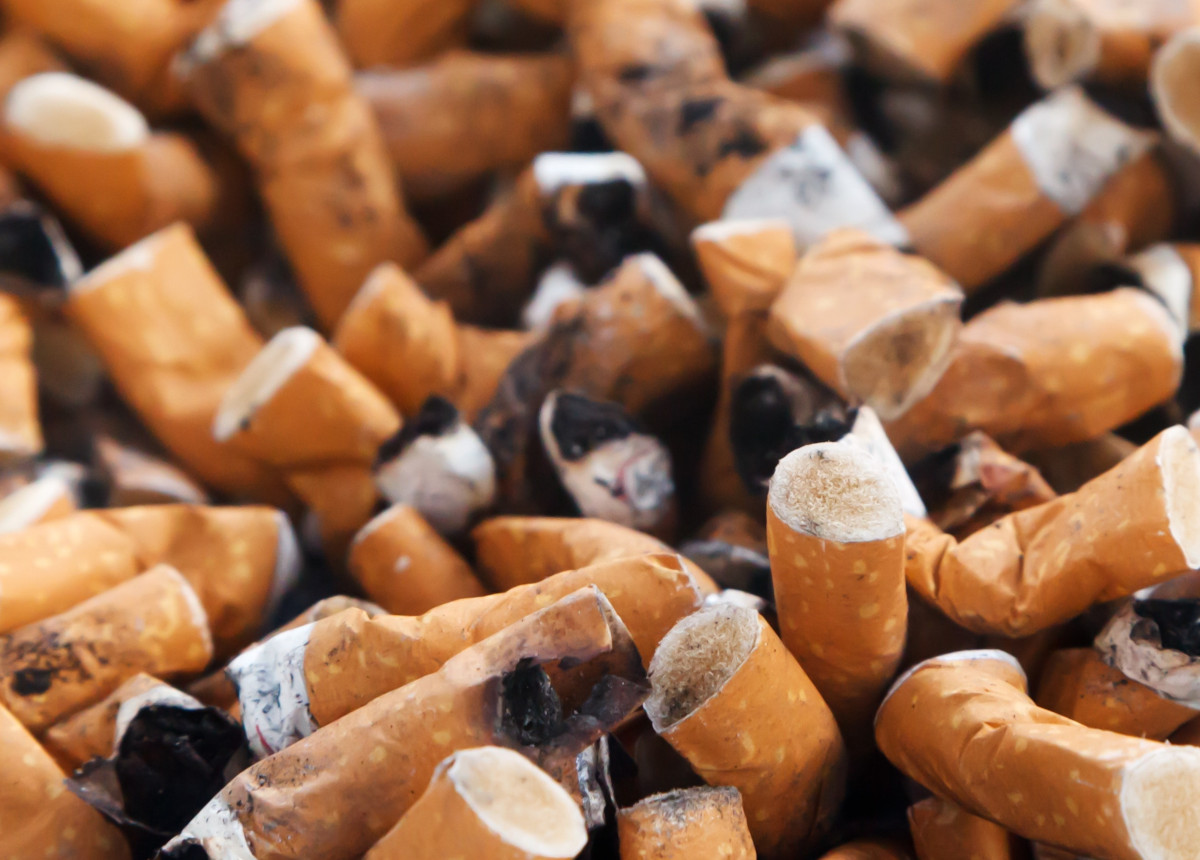 Cigarette butts, the most littered items in the world, are posing an intractable trash problem for regulators and tobacco companies: Throwing them on the ground is a firmly entrenched habit for many smokers.

Regulators are taking a tougher stance on cigarette filter pollution amid concerns about the environmental impact of single-use plastic. Butts for decades have been made from cellulose acetate, a form of plastic, which takes years to break down. Studies show that butts—which often wash from sidewalks into drains and then waterways—can be toxic to fish.

About 65% of cigarettes smoked in the U.S. are littered, according to Keep America Beautiful, a nonprofit whose cigarette litter prevention program is funded by the tobacco industry.

“That whole habit is so ingrained it becomes part of the ritual of taking the cigarette out of the pack, lighting it, smoking it, putting it on the ground,” said Christopher Proctor, chief scientific officer at British American Tobacco PLC, whose cigarette brands include Kent, Newport and Camel. “Changing ingrained behavior is a really difficult thing to do.”

The European Union in May adopted new rules under which members must pass laws within two years requiring tobacco companies to fund the cleanup of filter litter as part of a broader crackdown on single-use plastics. A bill proposing banning filters has made its way through the California Senate and will be heard by the lower house next year.

“It has become the issue of the decade, I think, plastics and their fates in the environment,” Mr. Proctor said. “I don’t think the pressure’s going to go away so [BAT’s] research program has got to deliver something.”

Previous efforts to make eco-friendly filters have fallen flat. In 2013, BAT tested filters made from natural fibers like abaca and hemp but found toxin levels were too high. That same year rival Imperial Brands PLC launched a paper filter for its Gauloises brand in France but scrapped it after consumers complained about the taste. The World Health Organization says that when filters do break down they leach out some of the 7,000 chemicals contained in cigarettes, many of which are environmentally toxic.

Now BAT is trying again. It is testing the toxicity of biodegradable filters made by San Diego startup Greenbutts LLC and examining how quickly they break down to see if they meet third-party certification standards.

Cellulose acetate filters were first added to cigarettes in the 1950s after studies linked smoking to lung cancer. By 1960, filtered cigarettes made up 51% of the U.S. market, according to BAT. Today, almost all cigarettes contain such filters.

Studies have questioned their health benefits, saying they don’t block all chemicals. The U.S. Surgeon General says filters may have increased lung-cancer risks by enabling smokers to inhale more vigorously, while WHO has said marketing claims that filtered cigarettes are healthier are “fraudulent.” Companies say filters collect tar particles and carcinogens and are necessary to meet regulations.

Tobacco makers have turned to psychologists to understand why smokers litter and whether their behavior can be changed.

Wesley Schultz—a psychology professor at California State University San Marcos who is working with Keep America Beautiful—said the number and placement of bins matter, as does an area’s cleanliness. His 2013 research showed that for every additional ash receptacle, the littering rate for butts dropped by 9 percentage points, using a base littering rate of 65%.

Companies say the small size of filters means littering seems of little consequence to smokers and that they often stamp out butts to cut fire risks. A 2012 study in the International Journal of Environmental Research and Public Health showed 14% of smokers don’t consider butts as litter.

“When I was a kid, people used to say make sure you throw the cigarette butt on the ground and step on it, so it’s become a normal thing,” said Jens Rupp, head of environmental sustainability at Philip Morris.

The WHO says filters are the biggest source of litter world-wide, while Keep America Beautiful says the trend holds true for the U.S.

In Memphis, Tenn., and Columbus, Ohio, Keep America Beautiful next month will use billboards and other outdoor advertising to tell residents “cigarette butts don’t go up in smoke,” and “cigarette litter doesn’t go away on its own.” Prof. Schultz is helping the nonprofit test whether advertising, and the placement of ads in relation to cigarette urns, influences behavior.

“Our hypothesis is that a combination of access and advertising should dramatically improve littering,” said Noah Ullman, the nonprofit’s marketing head.

In the U.K., Philip Morris is running focus groups with nonprofit Clean Up Britain to test the public’s appetite for portable ashtrays, which have been sold for decades without gaining traction. Participants have opined on 10 ashtray models, taking one home for a few weeks.

So far, testers have expressed concerns about the smell or loose ash escaping, said John Read, head of Clean Up Britain. Design has also emerged as a consideration. Mr. Read thinks more smokers would use portable ashtrays if they became fashionable.