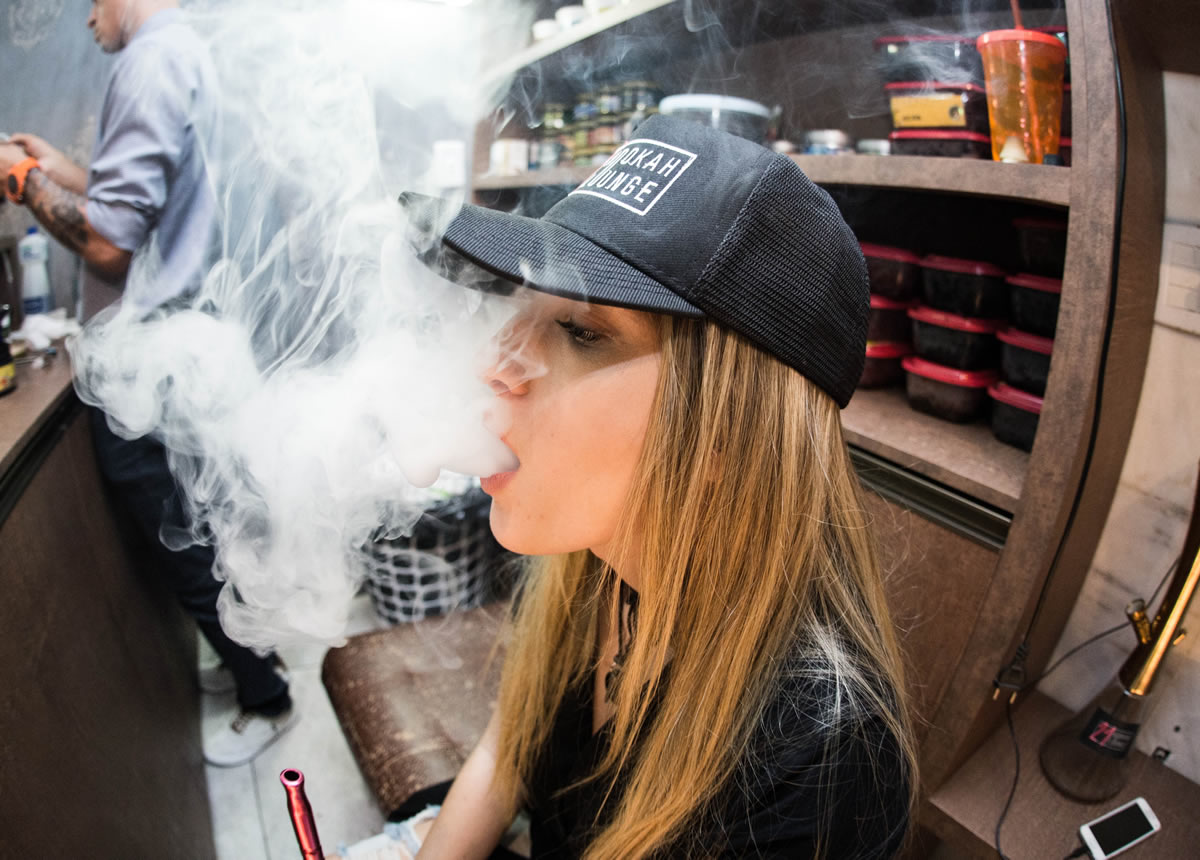 SAN FRANCISCO (AP) — San Francisco supervisors are considering whether to move the city toward becoming the first in the United States to ban all sales of electronic cigarettes to crack down on youth vaping.

Supervisors on Tuesday were set to weigh a ban on the sale and distribution of e-cigarettes in San Francisco until the U.S. Food and Drug Administration completes a review of the effects of e-cigarettes on public health, as well as ban manufacturing e-cigarettes on city property.

If supervisors approve the measures, they will require a subsequent vote before becoming law.

"Young people have almost indiscriminate access to a product that shouldn't even be on the market," said city attorney Dennis Herrera. Because the FDA hasn't acted, he said, "it's unfortunately falling to states and localities to step into the breach."

E-cigarettes since 2014 have been the most commonly used tobacco product among young people in the country. The U.S. Centers for Disease Control reported that the number of middle and high school students who use tobacco products increased by 36% from 2017 to 2018, a rise attributed to e-cigarette use.

FDA spokesman Michael Felberbaum said in a statement that the agency will continue to "tackle the troubling epidemic of e-cigarette use among kids."

Leading San Francisco-based e-cigarette company Juul frames vaping as a healthier alternative to smoking tobacco. Juul has said it has taken steps to deter children from using its products. The company said in a statement that it has made its online age verification process more robust and shut down its Instagram and Facebook accounts to try to discourage vaping by those under 21 years old.

"But the prohibition of vapor products for all adults in San Francisco will not effectively address underage use and will leave cigarettes on shelves as the only choice for adult smokers, even though they kill 40,000 Californians every year," said Juul spokesman Ted Kwong.

"Going after youth is a step that you can take before taking these out of the hands of adults," said association president Gregory Conley.

Groups representing small businesses also oppose the measures, which they say could force stores to close.

"We need to enforce the rules that we have in place already," said Carlos Solórzano, CEO of the Hispanic Chamber of Commerce of San Francisco.

Although San Francisco's proposed ban is unlike any other in the country, the Public Health Law Center at Mitchell Hamline School of Law reports that all but two states have at least one law restricting youth access to e-cigarettes. City voters last year approved a ban on sales of fruit and candy flavored tobacco products.

Stanton Glantz, a professor of medicine at the University of California San Francisco Center for Tobacco Control and Research and a supporter of the measures, said e-cigarettes are associated with heart attacks, strokes and lung disease.

The presence of e-cigarettes has "completely reversed the progress we've made in youth smoking in the last few years," he said.