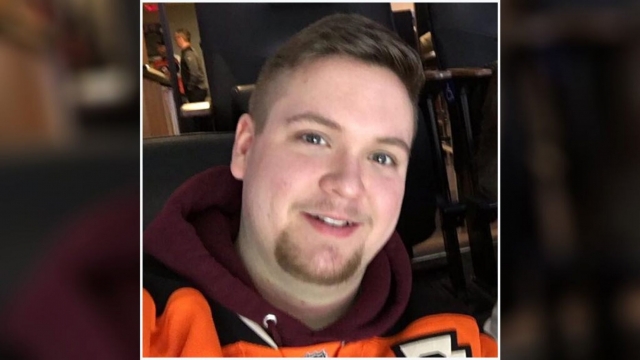 A Pennsylvania young man was in a medically induced coma Wednesday because of a severe mysterious lung illness that his parents – and doctors – suspect is the result of vaping.

Kevin Boclair, 19, was connected to a heart-lung machine at the Hospital of the University of Pennsylvania, where doctors have said he might need to undergo lung transplant surgery.

"He was coughing violently enough that he was throwing up," his mother, Debbie Boclair, told WTXF-TV. "In the morning, he didn’t look good. His color was like gray. I ran him to the urgent care and they did an X-ray."

Debbie Boclair, a registered nurse, said her son has asthma — but she and doctors agree that it did not cause his severe lung illness.

"They know it's vaping. This is even new to the doctors. They told me outright, you know, we're treating all the things he had," she said, according to WPVI. "He came in, he had double pneumonia. They treated that with antibiotics. They're treating all the different things, but there's parts they don't even know what's going on."

Doctors reportedly don't know if Boclair, a student at Bloomsburg University, will heal on his own, if he'll need surgery — or if he'll die.

A surge of mysterious respiratory illnesses prompted the Centers for Disease Control and Prevention (CDC) to issue an advisory on Friday against using e-cigarettes. Health officials said that as of Aug. 27, 215 cases of lung disease reported in 25 states were possibly linked to vaping.

"In many cases, patients reported a gradual start of symptoms, including breathing difficulty, shortness of breath, and/or chest pain before hospitalization," the CDC said. "Some cases reported mild to moderate gastrointestinal illness including vomiting and diarrhea, or other symptoms such as fevers or fatigue.

"In many cases, patients have also acknowledged recent use of tetrahydrocannabinol (THC)-containing e-cigarette products while speaking to healthcare personnel or in follow-up interviews by health department staff."

Vaping has become a nationwide issue in recent years and the fallout is continuing. Last month, a Utahteen who had spent years performing vaping tricks and testing out new products urged others to put the pens down after she landed in the hospital in a coma with a rare lung disorder.

The state of Michigan on Wednesday banned flavored e-cigarettes in an effort to discourage teens and other young people from vaping.

Boclair's mother said she doesn't know how to encourage parents to make their kids stop smoking e-cigarettes other than to "tell the kids right out: 'You're smart kids. Just don't do it.'"