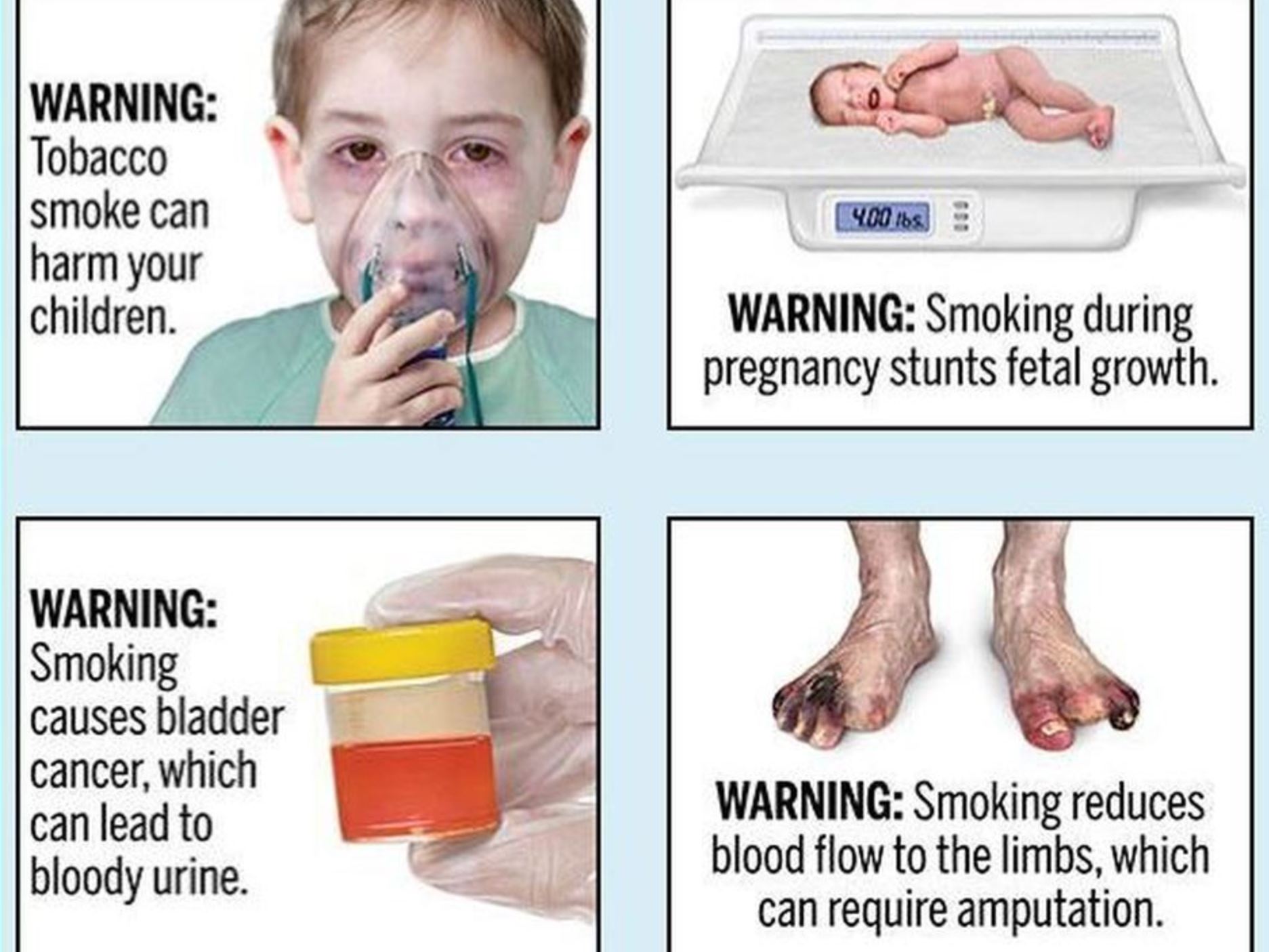 For years, American smokers have been spared the unpleasant images of gangrene infected feet, swollen tongues overtaken by cancerous tumors and blackened lungs that are often plastered onto packs of cigarettes sold around the world. But that momentary reprieve before lighting up may only last a few more years.

The Food and Drug Administration on Thursday rolled out a proposed rule to require tobacco companies to include graphic warnings on cigarette packages and tobacco ads with the aim of promoting "greater public understanding of the negative health consequences of smoking," the agency said in a statement.

The photo-realistic images and detailed health risk warnings, which would replace the standard Surgeon General's warnings, were mandated under a 2009 law that requires the agency to include new warning labels about smoking's negative health effects. But the tobacco industry successfully blocked the FDA's rule intended to require such labeling in court. They won a lawsuit that claimed the proposed labels were scare tactics. In the end, a federal court determined that the agency's rule violated the First Amendment.

This time around, however, acting FDA commissioner Ned Sharpless told reporters that the 13 warnings the agency plans to plaster on cigarette packs, hew close to the factual dangers of smoking.

"While most people assume, in this day and age, that the harms of smoking are pretty well understood by the public, this is not true," Sharpless said, adding that the existing warning from the Surgeon General that is currently on cigarette packaging has "become virtually invisible" to smokers.

To combat that, the new proposed warnings highlight lesser-known health issues such as blindness, impotence and diabetes, which many people don't realize can be caused by cigarette smoking.

"With these new proposed cigarette health warnings, we have an enormous public health opportunity to fulfill our statutory mandate and increase the public's understanding of the full scope of serious negative health consequences of cigarette smoking," Sharpless added in a written statement. "Given that tobacco use is still the leading cause of preventable disease and death in the U.S., there's a lot at stake to ensure the public understands these risks."

The organization sued the FDA to compel it to produce warning labels after the agency's first efforts failed.

In an emailed statement, the ALA cited research showing that graphic warnings are "effective in preventing children from starting to smoke, and motivating current smokers to quit for good."

"We firmly support public awareness of the harms of smoking cigarettes, but the manner in which those messages are delivered to the public cannot run afoul of the First Amendment protections that apply to all speakers, including cigarette manufacturers," Kaelan Hollon, a spokeswoman for Reynolds American Inc., the parent company of R.J. Reynolds, said in an emailed statement.

"[It] is important for FDA to focus on providing information that can produce health benefits for the public, not merely reiterating well-known messages that smoking is dangerous, which the public already understands," Hollon added.

Meanwhile, advocates are bracing for more legal challenges to the labeling requirements, which would mark the first update in 35 years to required warnings on cigarette packaging and in tobacco advertising. The earliest they could show up in stores and on billboards is the summer of 2021.