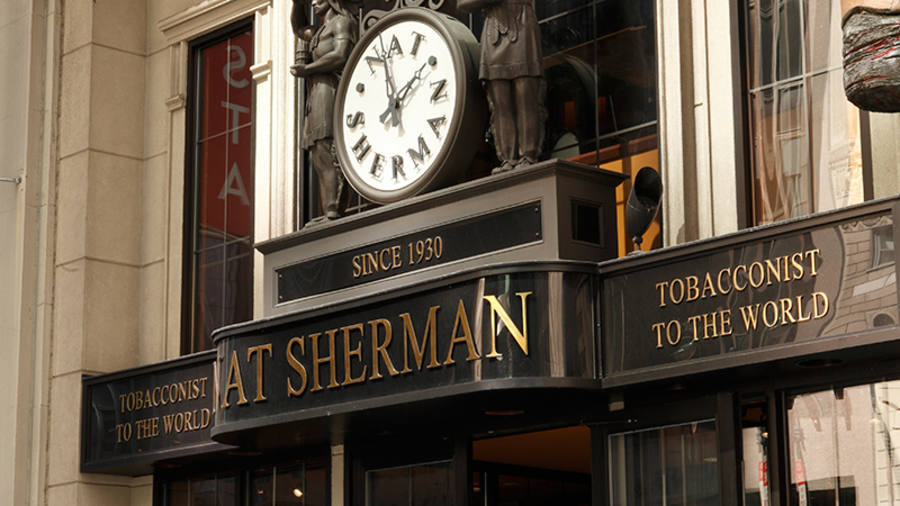 By David Savona I Cigar Aficionado

inety years after it opened its doors for the first time, Nat Sherman is closing down. Nat Sherman International Inc., which has been owned by cigarette giant Altria Group Inc. since 2017, will cease operations by the end of September, shutting down not only its midtown Manhattan cigar store but also its entire wholesale business.

The decision comes several months after Altria began looking for a potential buyer for the cigar subsidiary; the company announced it was considering the sale of Nat Sherman International Inc. in October.

Premium cigars were never a part of the Altria story. While the company had cigars in its portfolio prior to the acquisition of Nat Sherman, it is a machine-made cigar operation (Black & Mild) that is far closer to its core cigarette business than to handmade cigars. Back in October, Pierucki told Cigar Aficionado: “While we recognize the strength and value of the premium cigar business, it’s not core to Altria’s tobacco portfolio.”

Altria is one of the largest tobacco concerns in the world, with annual revenues of $25 billion. It acquired Nat Sherman in January 2017, buying it from the Sherman family for undisclosed terms. Altria’s major interest in Nat Sherman was the company’s cigarette business, which began in the 1940s.

The Nat Sherman cigarette division, which Altria separated from the cigar division after the acquisition, will remain in business.

The Nat Sherman story dates back to 1930, when the first version of the store opened in Manhattan at 1400 Broadway. The current location, at 12 East 42nd Street, marks the fourth location of the shop.

Nat Sherman International has 24 employees. The cigar store (now known as the Townhouse) is not owned by the company, and is leased. All of the company’s cigars (such as Timeless) are made under contract, so the company does not own a cigar factory.

Before the sale to Altria, Nat Sherman had embarked on an ambitious rebranding of its cigar line, spearheaded by Michael Herklots, who is now vice president of Nat Sherman International. The new cigars earned several 90-point-and-higher scores, and made appearances on Cigar Aficionado’s Top 25.

“Leading what has become Nat Sherman International’s final chapter these last nine years has been the honor of a lifetime,” said Herklots. “Hopefully, our premium cigars will live on in the humidors of our greatest fans and be appreciated with fond memories for many years to come.”