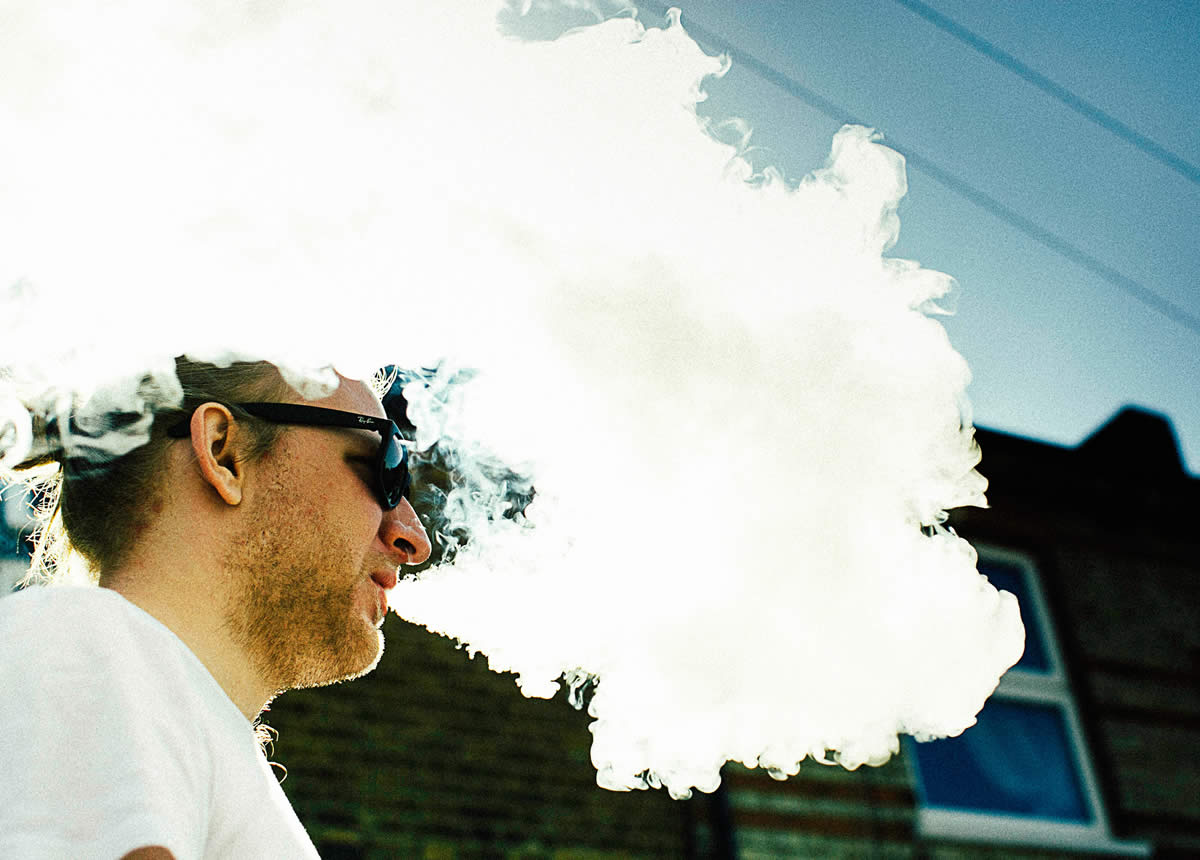 The East Bay city of Livermore on Monday became the second California city after San Francisco to pass legislation to ban the sale of e-cigarettes in brick-and-mortar stores.

The Livermore City Council unanimously approved the bill, as part of a broader measure to address rising rates of youth vaping. The legislation also establishes a tobacco licensing program for retailers and prohibits stores from selling the nicotine refills that go into e-cigarettes — known as e-liquids, like the nicotine pods made by Juul. And it bans the sale of flavored tobacco products — not just the the fruit and candy-flavored e-liquids that helped make vaping popular among teens, but also flavored cigarillos, cigarettes and cigars.

It also bans the sale of any tobacco product, like traditional cigarettes and cigars, within 1,000 feet of schools, parks, libraries and day care centers. Unlike San Francisco’s legislation, it does not ban the sale of e-cigarettes online, unless the seller is located in Livermore.

The prohibition on e-cigarettes will last until the U.S. Food and Drug Administration completes a review of e-cigarettes to ensure they are acceptable for public health. The federal agency is not likely to do so before 2022.

“I’m proud to see my city take a stand to protect our children’s health and give them a chance to grow up tobacco-free,” said Kristie Wang, a Livermore parent of two teenagers and a spokeswoman for the local chapter of Flavors Hook Kids, a group of parents and public health officials advocating for vaping control laws.

Juul spokesman Ted Kwong said the company would monitor Livermore’s “misguided” policy. “We believe that strict regulation and enforcement aimed directly at the drivers of underage use is more effective than a ban for all adults,” Kwong said.

The legislation will go into effect Jan. 1, 2020. Premium cigars are exempt from the ban on flavored tobacco.

About 3 million U.S. high school students — roughly 1 in 5 high schoolers — reported being an e-cigarette user in 2018, a 78 percent increase compared with 2017, according to the U.S. Centers for Disease Control and Prevention’s National Youth Tobacco Survey. While the long-term health impacts of vaping are not yet known, public health experts warn that exposure to nicotine, the same addictive substance found in regular cigarettes, may affect brain development in teens.

However, e-cigarettes have the potential to help adult cigarette smokers switch to a less harmful product. Vaping is less toxic than smoking conventional cigarettes because e-cigarettes do not contain as many combustible carcinogens as regular cigarettes. E-cigarette companies like San Francisco’s Juul have emphasized this point in defending their products, and many public health researchers say there is some value in vaping for adult smokers trying to quit cigarettes.

Livermore resident Brent Siler spoke at Monday’s City Council meeting against the e-cigarette legislation, saying vaping helped him cut back from smoking two packs a day to four or five cigarettes a week. Banning nonflavored nicotine liquid would be an overreach, he said.

“You’re about to pass something that basically takes us back to the 1920s and ’30s,” he said. “You’re banning something just like they banned alcohol. That didn’t work then and it won’t work now.”

Livermore joins the roughly 30 California cities and counties that have imposed restrictions on the sale of flavored tobacco products over the last five years.

Richmond is also weighing a bill to ban the sale of e-cigarettes. The City Council is expected to formally introduce the measure next week.