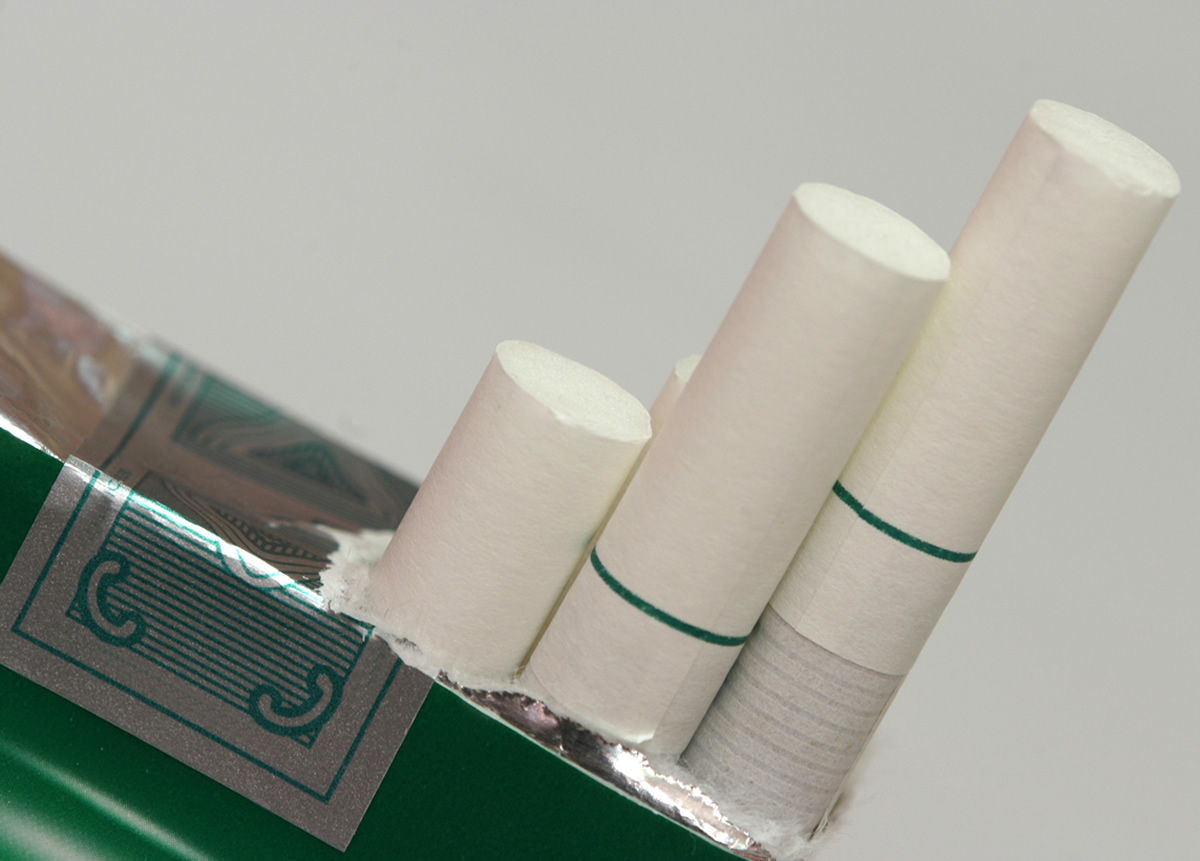 The tobacco industry has a long, well-documented history of targeting Black Americans with menthol cigarette advertisements, and the result is that nearly 85% of Black smokers use tobacco with the minty flavor additive.

Following years of delay, the Food and Drug Administration last month proposed a nationwide ban on the sale and production of menthol cigarettes. As the effort to get menthol smokes off the market gained momentum in recent years, the industry sidled up to Black-led organizations and Black lawmakers. And new documents shared with HuffPost offer a behind-the-scenes look at how one tobacco giant is pitching itself as an ally in the fight for racial justice.

In early February, Altria Group Inc., the parent company of Philip Morris USA, scheduled a meeting with the Institute for the Black World 21st Century (IBW), a Baltimore-based organization that works to empower Black communities. Greg Akili, an IBW board member, told HuffPost the group hesitantly accepted the meeting at the urging of a former board member ― a decision he said that he and others quickly regretted.

Altria spent the meeting touting its criminal justice work and historical efforts to support civil rights, Akili said. Altria floated potentially partnering with IBW, but there was no specific ask or offer of support for the group whose work focuses primarily on ending the war on drugs and securing reparations for the descendants of slaves.

“Many of us saw this as an attempt to get on Black people’s good side,” Akili said. “What they didn’t talk about was that more than 45,000 Black people are going to die from cigarettes this year.”

Akili, a longtime civil rights activist in Los Angeles, described the meeting as “offensive,” “disappointing,” “unprincipled” and unproductive since it did not focus on IBW’s priority issues. He said he left early to keep himself from saying something rude.

“They’re doing this to say that they are talking to Black organizations,” Akili said. “It’s a classic dog-and-pony show.”

Altria only briefly talked about its opposition to a ban on menthol and other flavored tobacco products, Akili said. But in a follow-up email two weeks later, Angela Arboleda, senior director of federal government affairs at Altria, thanked IBW board members for taking time to meet and provided materials about Altria’s “criminal justice reform principles” and a February 2020 letter from groups including the American Civil Liberties Union and the Rev. Al Sharpton’s National Action Network to members of Congress warning that a menthol prohibition “promises continued over-criminalization and mass incarceration of people of color.”

“We are concerned that banning flavors in tobacco products and imposing mandatory minimums will give law enforcement yet another excuse to harass and stop people of color,” Arboleda wrote to IBW board members after the meeting. “We believe that there are better ways to addressing nicotine dependency rather than punishing people with prison.”

The FDA’s proposed ban, which was announced last month, isn’t intended to target and arrest smokers. It would regulate manufacturers, retailers and distributors, not individual consumers. The Biden administration has said the move will reduce cigarette use overall and help address tobacco-related health disparities in communities of color.

Altria is simply “feeding into the fears of Black folks,” Akili said.

George Parnam, an Altria spokesman, confirmed that company representatives met with the group.

“We engage with many different stakeholders to share public policy positions on issues relevant to our companies, and to understand concerns and answer questions,” he said. “Our goal is to move adult smokers from cigarettes to potentially less harmful alternatives, but prohibition does not work.”

He added that “criminalizing menthol could lead to serious unintended consequences” because “illicit sale and distribution of tobacco products is a crime” in all 50 states.

“A far better approach is to support the establishment of a marketplace of FDA-authorized smoke-free alternatives that are attractive to adult smokers,” he added.

Parnam did not respond to HuffPost’s question about what, if anything, came of its sit-down with IBW.

Don Rojas, an IBW spokesman and board member, did not respond to HuffPost’s requests for comment.

As the industry fights stricter regulations on tobacco, it is also rebranding itself as the solution to the public health crisis it created, marketing what it describes as “smoke-free,” “better” and “less-risky” alternatives to conventional tobacco products, including cigarettes, cigars and chewing tobacco.

Stopping the proposed menthol ban would, of course, allow Altria to continue selling the flavored cigarettes that account for about a third of all cigarettes sold in the U.S.

Civil rights groups are split on the issue. The ACLU and the National Action Network oppose a menthol prohibition, citing concerns that it will lead to an underground market of menthol products and increase interactions between police and people of color. Opponents often invoke the case of Eric Garner, who died at the hands of a police officer in 2014 after being stopped for allegedly selling illegal cigarettes in Staten Island, New York.

“We do not think kids should be put in jail or given a ticket for selling menthol,” Sharpton told The Washington Post last month. “You’re going to give the police another reason to engage our people?”

Organizations like the NAACP and the African American Tobacco Control Leadership Council, however, say a ban is necessary to confront a social justice issue that disproportionately harms minority groups. Despite smoking fewer cigarettes than other racial and ethic groups, African Americans are more likely to die of smoking-related illnesses, according to the Centers for Disease Control and Prevention. Black children and adults are also more likely to be exposed to secondhand smoke.

“The tobacco industry is on a narrow quest for profit, and they have been killing us along the way,” the NAACP said in a statement responding to the proposed FDA ban. “It’s about time we prioritize the health and well-being of African Americans.”

For Akili, the issue is extremely personal. When he was a teenager, his mother died after falling asleep on a couch with a lit cigarette. By the time he got to her and pulled her out of the house, it was too late. She died in large part from inhaling smoke from the smoldering furniture, he said.

That traumatic experience didn’t keep Akili from smoking himself. He eventually quit in the 1980s and has been involved in fighting Big Tobacco for years as a project coordinator at Corporate Accountability International, a corporate watchdog group.

“The impact of tobacco in my personal life has been something that has certainly drawn me to it,” he said. “The menthol ban is a continuation of that struggle.”

Along with decades of aggressive marketing that involved placing “larger amounts of advertising in African American publications,” Philip Morris and other tobacco companies have donated millions to civil rights organizations, including the ACLU and NAACP, and sponsored education and cultural events in the African American community, as public health activist Dr. Phillip Gardiner’s research has shown.

Akili sees Altria’s appeal to IBW as part of the industry’s strategy of using any and every tactic to burnish its image while continuing to protect its bottom line.

“They are taking advantage of the climate of demand for social justice to say ‘we’re with you,’” he said.