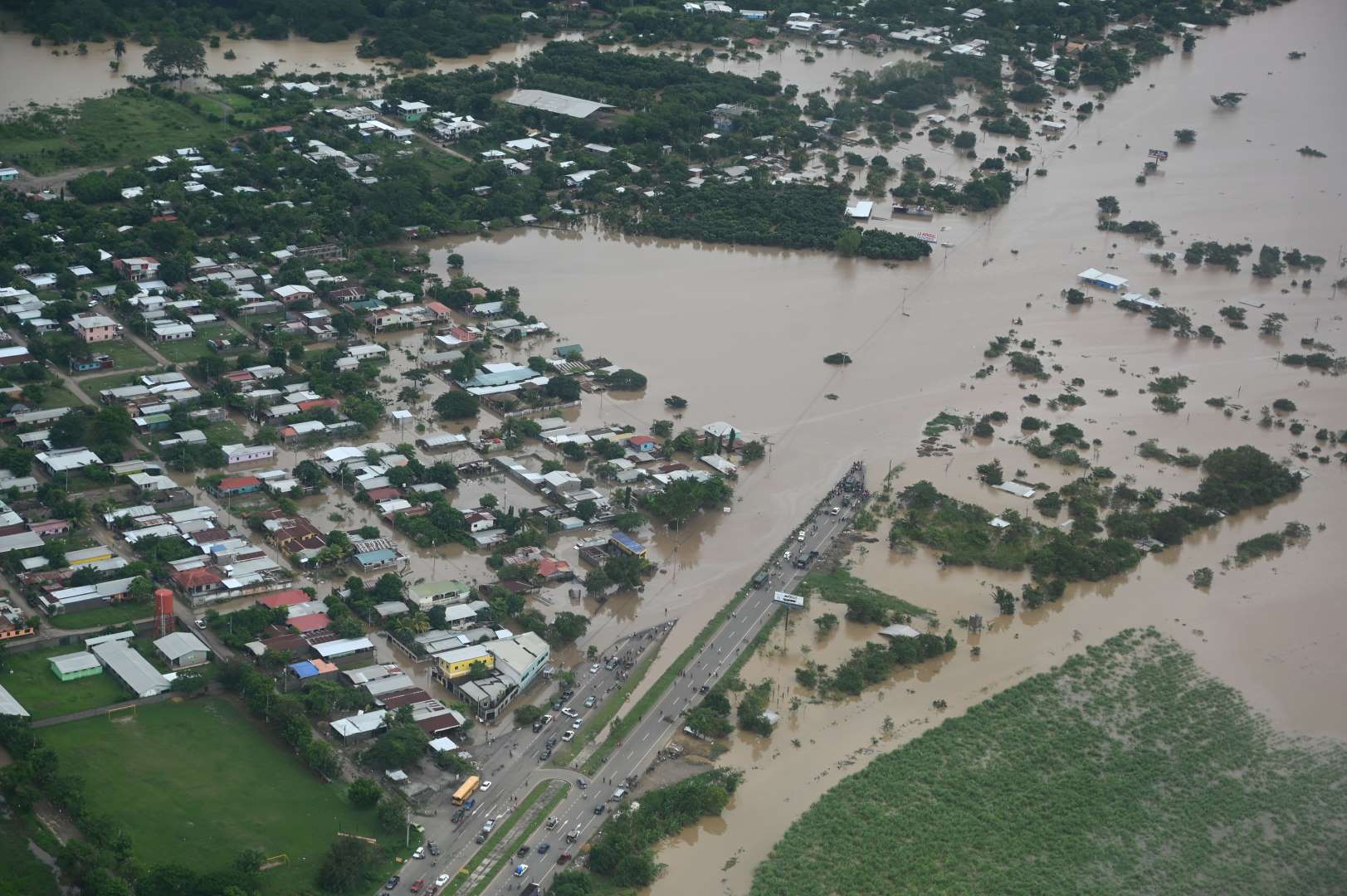 Click here to find out how you can help those impacted by Hurricane Iota.

Hurricane Iota’s death toll in the Central America region on Wednesday rose to 22, including two children, as survivors and rescuers continue to wade through murky waters and catastrophic debris.

Five people died in Honduras and six in Nicaragua, Gonzalo Atxaerandio, the Central America disaster and crisis coordinator for the Red Cross who is organizing relief efforts in Honduras, told the Miami Herald.

Dr. Ciro Ugarte, director of health emergencies for the Pan American Health Organization, said Nicaragua reported at least 10 other deaths. Four of those people died in a huge landslide.

Colombian President Ivan Duque had said on Tuesday that the Category 4 storm killed one person when it barreled through the Colombian archipelago of San Andres and Providencia, about 230 miles off of the northeastern Nicaraguan coast.

These fatalities will be added to the ones left behind by Eta, the other major hurricane that slammed into the area earlier this month. PAHO reported 150 people had died from Eta in Central America as of Monday night, before Iota made landfall in Nicaragua.

The organization estimates at least 6.5 million people in Central America have been affected in some way by Iota and Eta, which has sparked a massive humanitarian disaster. Ugarte warned the numbers could keep on mounting.

“There have been persons who have disappeared and right now multi-institutional teams are dealing with that crisis,” Ugarte said during PAHO’s weekly press update on the COVID-19 pandemic in the Americas.

Although the conditions are extremely difficult, particularly in shelters, Ugarte said “it is necessary to guarantee access to water, food, shelter of course.” PAHO, he said, is currently working with government officials and the United Nations to ensure that those needs are met. “Right now, there are very serious difficulties in accessing certain areas and the damage assessment will take place in the next few hours, perhaps even days.”

He said PAHO has sent Nicaragua personal protective equipment and other materials needed to deal with COVID patients. It will soon provide technical support and mobilize resources to guarantee essential health services to that country and others as well.

PAHO is also keeping a close eye on any increase in COVID-19 cases, Ugarte said, which can take some time to show due to the incubation period. “That has not yet been detected right now, but it’s highly likely it will increase over the next few weeks because it always takes some time from transmission for the cases to appear.”

Atxaerandio, with the Red Cross in Honduras, said Nicaragua and Honduras were the hardest hit by Iota among the seven countries in Central America. In Nicaragua, the destruction is centered in the northeastern coast, while in Honduras it encompasses the entire country.

Atxaerandio said he’s most worried about dams that are at near full capacity in Honduras, even as heavy rainfall continues in some areas.

Because shelters are over capacity in Honduras, so many people who became homeless after Eta weathered Iota in makeshift tents and tarps on the streets, he said.

“We’re very worried,” he said. “Obviously we’re trying to help them first, because their vulnerability is higher, but it’s difficult.”

Atxaerandio said he hopes the international community sends in more help soon, because “considering the tragedy we’re seeing, we don’t consider what we’re getting enough.”

Reynaldo Francis Watson, the former regional governor of the North Caribbean Coast Autonomous Region and ex-mayor of the indigenous city of Puerto Cabezas, said he visited four hurricane shelters across the port city on Wednesday.

Watson estimated that about 5,000 to 6,000 people, a mix of people of all ages and genders from the city and from surrounding indigenous communities, had evacuated to Puerto Cabezas. Many refugees, he said, were still in a state of shock.

“People are not doing well, they are disoriented, worried, then they start laughing, then stop,” Watson said.

Two of the shelters he visited had serious damage to the roofs and infrastructure. There was no power. Rainwater leaks through the cracks and holes as gusts of wind chill the insides.

“People need water, food, mattresses, blankets, clothes. Some of them left their communities quickly and left everything because it was an emergency,” Watson said, adding some elderly do not have the medicines or adult diapers they need.

There is no social distancing or protective gear to limit exposure to the novel coronavirus. Five to six families are crammed in university classrooms that only fit 30 students.

In particular, Watson said, the neighborhoods in Puerto Cabeza closest to the docks and the beaches were most vulnerable to the storm’s power: He saw collapsed houses, century-old fallen trees, and people scouring the streets for essentials.

“People are looking everywhere for nails, looking for little things like that, some looking for food,” he said.

He criticized some local businesses for price gouging in a time of need, particularly for building supplies.

“They are taking advantage of the need of the crisis,” Watson said. “A yard of plastics that cost 30 córdobas is now selling at 85 (córdobas.) Almost three dollars a yard that previously cost less than a dollar.”

The damage in the indigenous communities south of the city, where both Eta and Iota made landfall, he said, is “very bad.”

The communities of Haulover and Wauhta ended up “at the bottom of a lagoon.” In the Miskito Cays, a low-lying archipelago where people live from fishing, Watson painted a picture of complete devastation.

“There were more than 300 or 400 little houses where people came to work. Everything went to the sea,” he said.

Watson was regional governor when Hurricane Félix struck the region in 2007. He believes that experiencing the massive storm 13 years ago helped residents of the indigenous region prepare better for Eta and Iota. Some people evacuated on their own and hunkered down with family in advance of the storm.

Still, he added, the losses from the back-to-back major hurricanes are larger than those of the 2007 storm, and he worries Puerto Cabezas and the communities nearby won’t receive the help they need as quickly as they should because the damage is so widespread.

“I don’t really know how the issue is going, but I see it as very difficult that the government has the capacity to attend to” the crisis he said.