The announcement, which Health Secretary Alex Azar confirmed at a hearing during an appearance at Capitol Hill on Tuesday, comes a week after current commissioner Scott Gottlieb said he intended to resign next month. 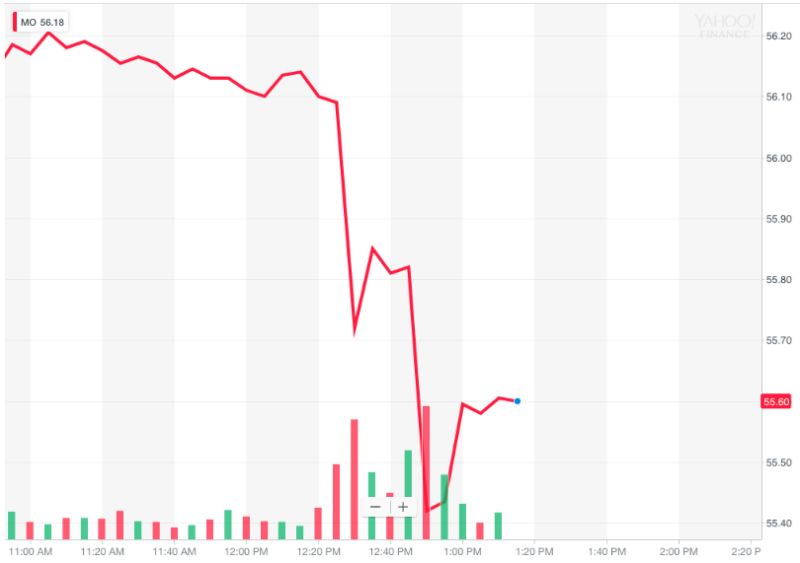 Altria shares dipped on the news.

The company has had a tense relationship with the FDA under Gottlieb, which was further strained after Altria in December announced it had taken a 35% stake in e-cigarette giant Juul. The announcement had spurred Gottlieb to pressure the company to explain its strategy to reduce what he has called an “epidemic” of teen smoking.

Sharpless has been a major supporter of Gottlieb’s efforts to crack down on flavored e-cigarettes and teen smoking. Last week, he tweeted support for Gottlieb after his unexpected announcement to step down from the FDA. Sharpless wrote, “Scott has done a lot for cancer patients and all Americans. Bold leadership on tobacco control, generic drugs, novel biologics and so much more.”

The FDA and the National Cancer Institute have previously worked together closely to fund research on tobacco use and smoking behavior.

Gottlieb wrote in a Twitter post Tuesday that he was “delighted” by the administration’s decision to tap Sharpless as acting head of the agency.

“Ned is a friend to FDA, a great public health champion, a dedicated physician, and will be warmly welcomed into his new role,” Gottlieb wrote in the Twitter post. “FDA will benefit greatly from his leadership.”