Altria's IQOS Sales Disappear in a Puff of Smoke

All the plans Altria (NYSE: MO) had for dominating the electronic cigarette market are being snuffed out.

The tobacco giant announced sales of the IQOS heated tobacco device from Philip Morris International (NYSE: PM) will end on Nov. 29 to comply with the ruling by the U.S. International Trade Commission (ITC) that its e-cigs violated British American Tobacco's (NYSE: BTI) patents. 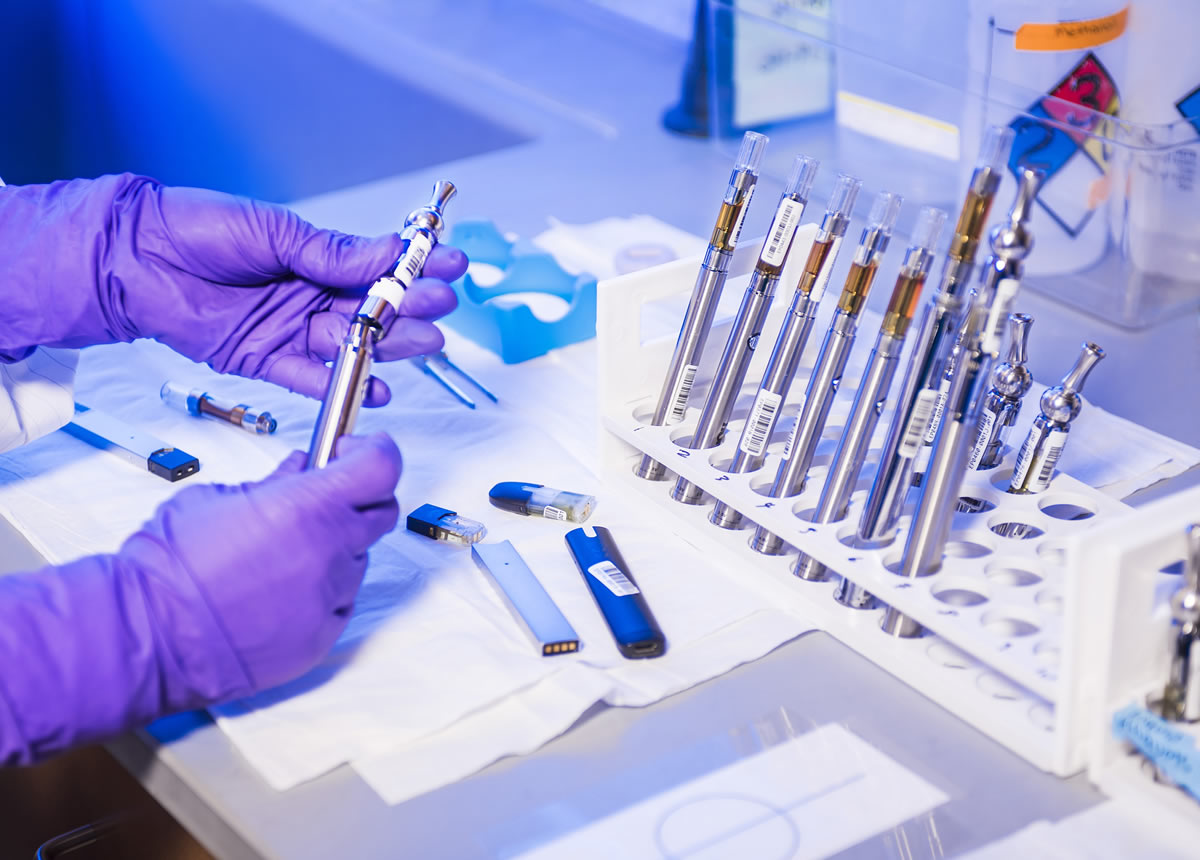 Although the decision is being appealed, a final verdict could take years to be handed down, and the ITC gave the cigarette companies only 60 days to remove the devices from store shelves. With the future of its Juul Labs e-cig also in doubt, Altria could be shut out of the market, though all might not be completely lost.

Holding all the cards

At one time, it looked like Altria was playing 3D chess to dominate the e-cig industry. Not only had it invested billions of dollars in Juul to take a one-third stake in the most popular e-cig on the market, but it also had signed licensing and marketing agreements with Philip Morris to make, distribute, and sell the IQOS in the U.S. under its Marlboro brand.

It didn't take long before the wheels started coming off the gravy train as Juul came under attack from anti-smoking activists and the Food and Drug Administration (FDA) over teen use of the device. Juul's market share, which was around 75% at its height, has tumbled to a recent level of about 41%.

E-cig sales have also waned. At their peak in 2019, sales were rising 60% from the prior year, according to Nielsen data, but in September volumes had cratered to just a 5% increase.

Altria's $12.8 billion investment in Juul is now also virtually worthless, with the company having written down almost the entire amount. There's also substantial doubt about whether the e-cig will make it through the FDA's review process and be allowed to stay on the market.

No ace in the hole

The problem with IQOS was more of a slow burn. Although Philip Morris won FDA approval to sell the device two years ago -- and last year won approval for a reduced-risk label that says it is less harmful than cigarettes if users completely give up smoking -- Altria slow-walked the rollout.

The heated-tobacco device is only available in a handful of test markets, and while Altria was planning on rolling it out nationally this year, that won't happen now. British American charged Philip Morris was violating its patents by using an earlier version of the current technology it developed for its own glo-branded heated tobacco device.

In a statement posted on the IQOS website, Altria noted the devices will no longer be sold after Nov. 29 unless the U.S. trade representative overturns the agency's ruling, something that rarely happens:

We are disappointed with the ITC's decision. We continue to believe [British American Tobacco's] patents are invalid and that IQOS does not infringe on those patents. We are working hard on a solution to make these products available again as soon as possible.

Yet it might not be the total loss it appears.

Down but not out

Although it's possible Altria could be left without a electronic cigarette device on the market, since it shut down its own MarkTen products following its investment in Juul (a move that's also part of the ongoing investigation into the e-cig maker), e-cigs were only a tiny portion of Altria's revenue, and the IQOS is negligible at this moment. It's supposed to be the future for tobacco stocks, but right now it's not a financial blow to the company.

Moreover, the ITC ruling only affects the importation of the IQOS. While Philip Morris currently manufactures the device only at its plants in international markets, it's possible a U.S.-based manufacturing facility could be developed by Altria to skirt the prohibition.

Of course, that's not something that can be built overnight, and obviously might itself be subject to legal challenges.

Even though cigarette smoking continues to decline, Altria still generates billions of dollars in revenue and profits every year. Its dividend of $3.60 per share yields 7.5% annually and is in no danger of being snuffed out even if Altria's immediate plans for e-cig domination increasingly look like they will be.

Before you consider Altria Group, Inc., you'll want to hear this.

Our award-winning analyst team just revealed what they believe are the 10 best stocks for investors to buy right now... and Altria Group, Inc. wasn't one of them.

The online investing service they've run for nearly two decades, Motley Fool Stock Advisor, has beaten the stock market by over 4X.* And right now, they think there are 10 stocks that are better buys.